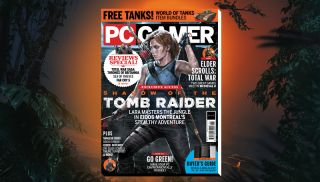 In the Tomb Raider reboot of 2013, we met a younger, more thoughtful and less sophisticated Lara Croft who'd seemingly swapped destruction for diffidence. That is, until she murdered everyone and everything before destroying an entire island. Fast forward to 2018, and our Lara looks as tormented as ever. With this in mind, our Phil visited Eidos Montreal to learn more about this month's cover star, Shadow of the Tomb Raider. Set deep within the green, discover how Croft's latest jungle adventure marks a stealthier take on the cave-crawling series.Elsewhere inside, the PC Gamer team shares a Cities: Skylines save in search of utopia. Pip, on the other hand, profiles Studio Oleomingus—the studio that’s building a game that exists, but, um, maybe also doesn’t. Confused? Pick up this month's issue and all will be revealed.Previews this month include Sunless Skies, The Beast Inside, Disco Elysium and more; while reviews hit Total War Saga: Thrones o Submitted 1 day(s) ago by banglanews